Tuesday: We drove early to Norrköping and the Hotel President. We were lucky to find a parking space right outside and our room was acceptable despite the small size of the double bed. At first we were not impressed by the town. New buildings and small petty graffiti everywhere. The area near the river was nice with a stream that bypassed the weir and ran into a small riverside park for the fish, I suppose, to navigate up the river. Tapas and red wine was consumed outside and enjoyed. The small bed had a single duvet which we fought over all night. 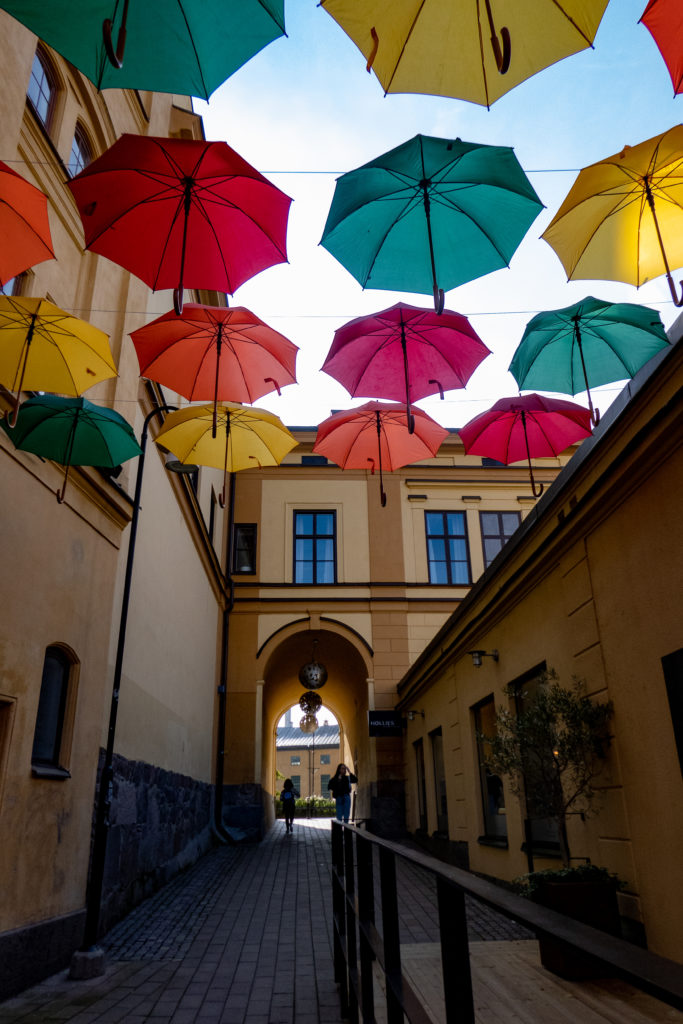 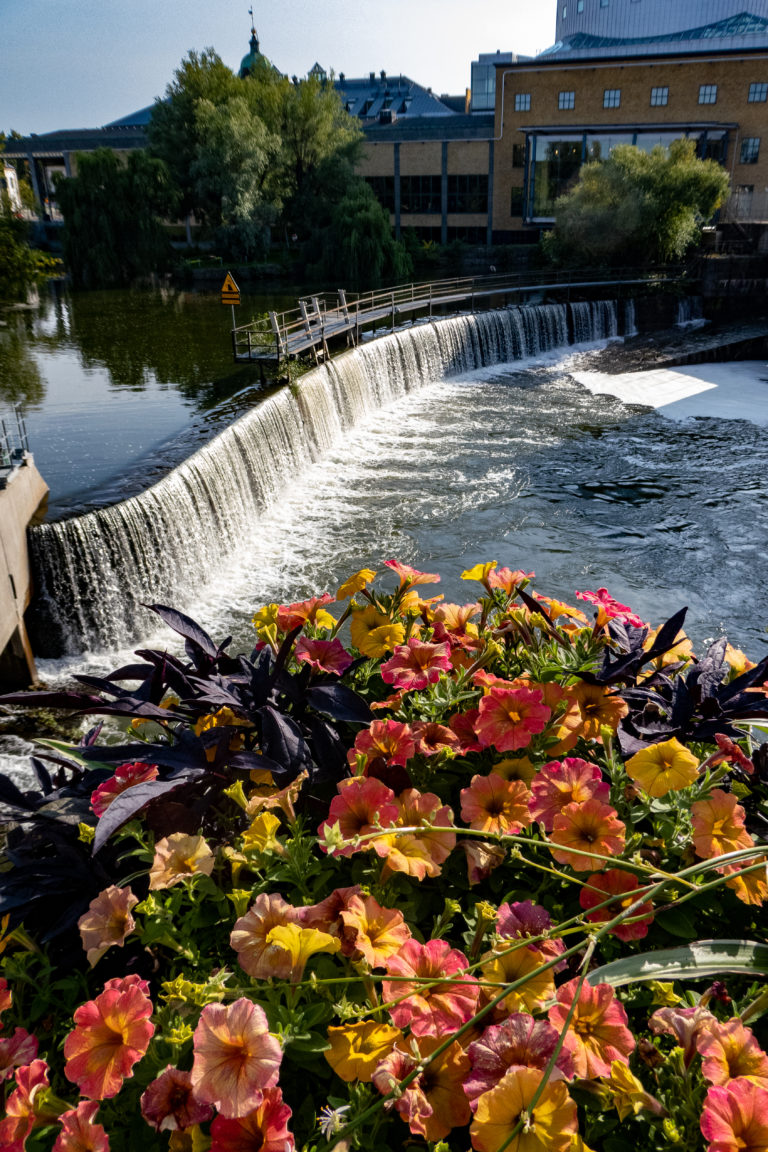 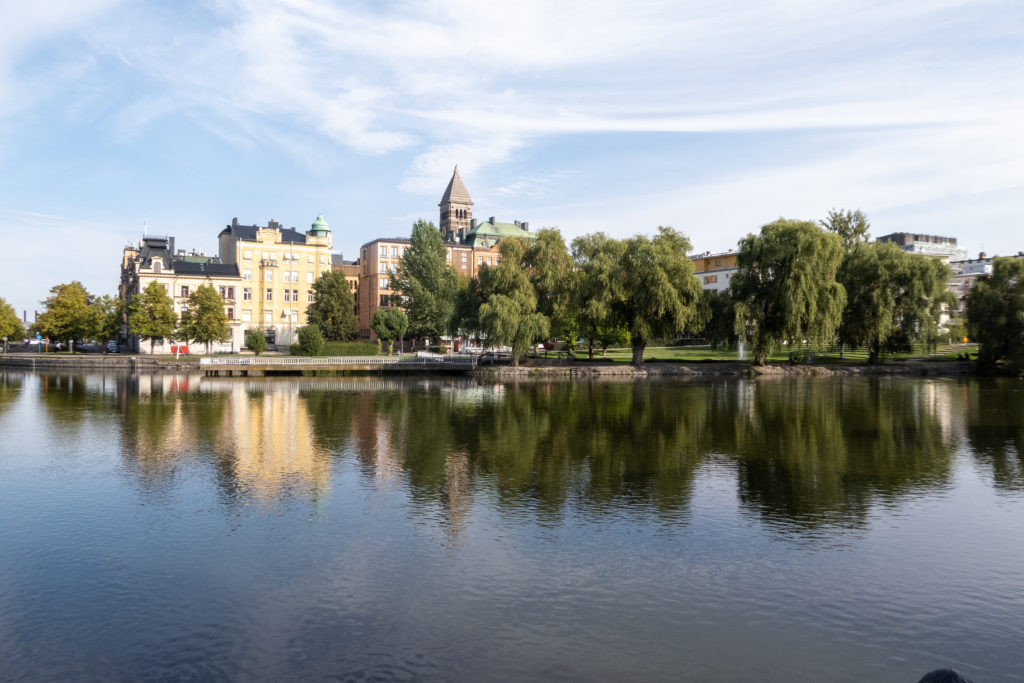 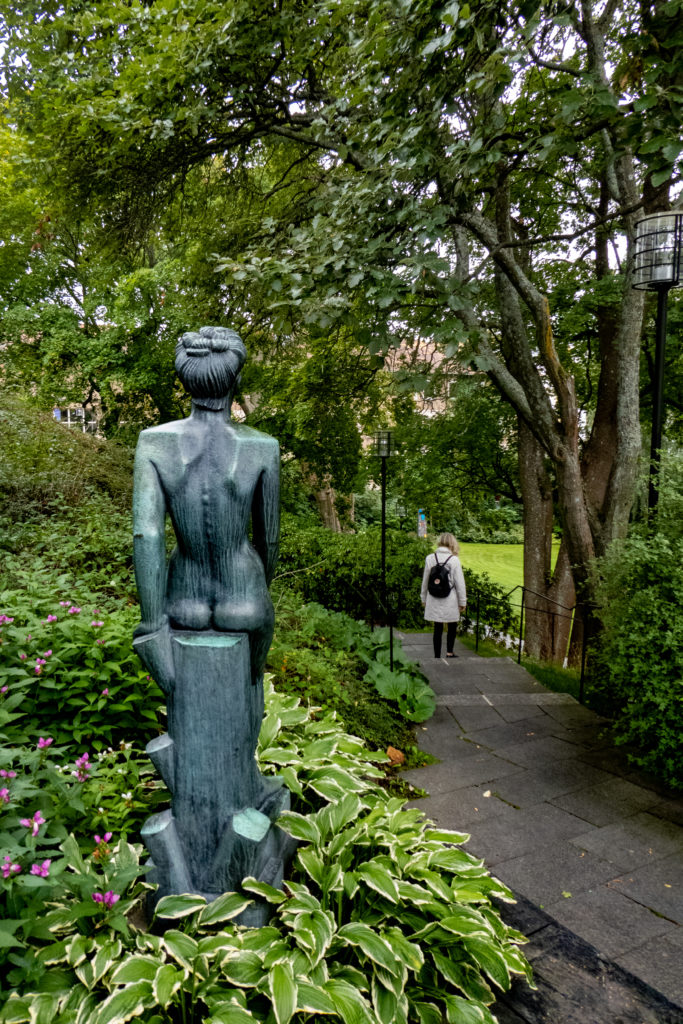 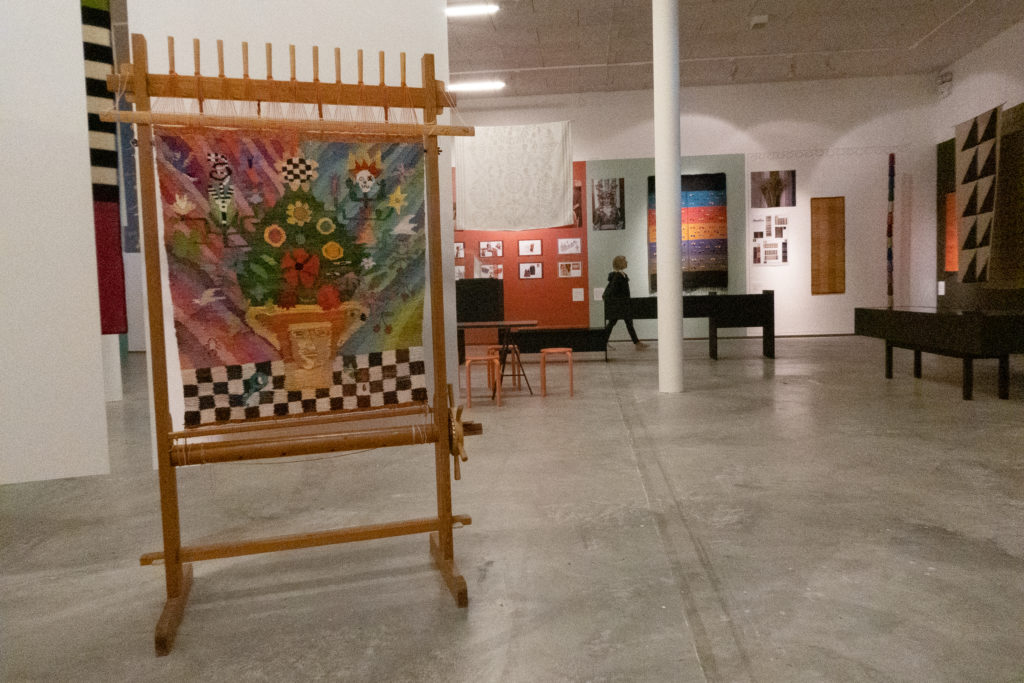 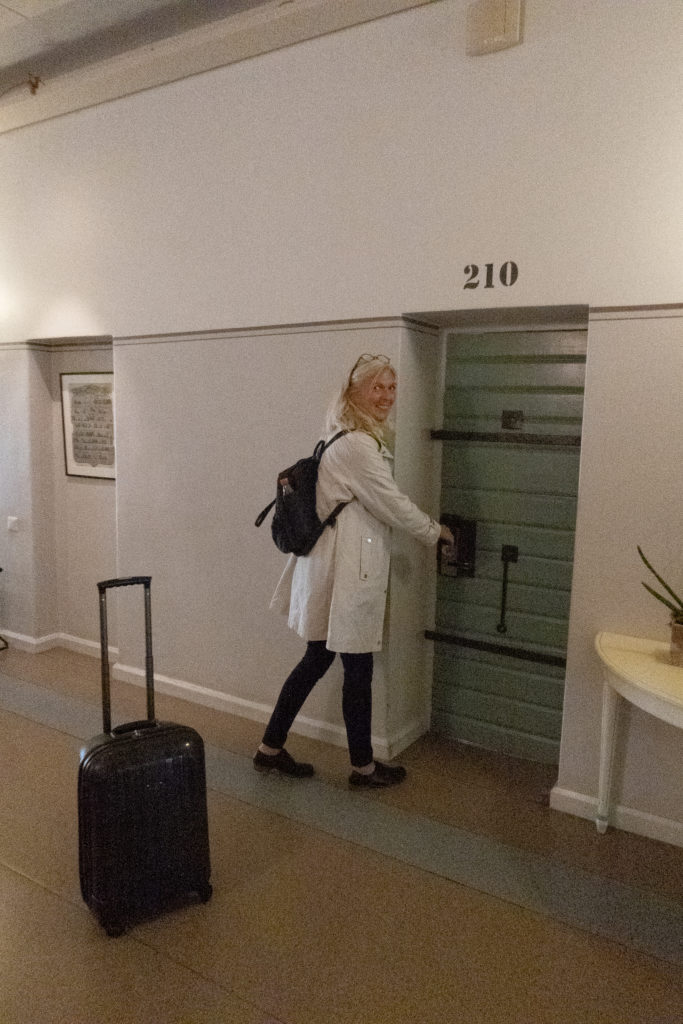 Wednesday: After a covid safe breakfast we drove on to Sundbyberg and the Marabouparken to see a film and exhibition of the work of Wanja Djanaieff, a textile designer. Her colourful textiles were uplifting and the film depicted an amusing now eighty-year-old lady with incredible talent. The next stop was prison.
Längholmen has a hotel in an old prison. We had a room that took up three of the original cells. It was comfortable but not spacious. I do not think the beggars and prostitutes who were forced into just one cell had a comfortable stay. We ate lunch in the hotel Wärdshus. Another guest, also an 80 year old lady, told us she did not meet many working class people nowadays. When we explained we lived in Skillinge she said that the last time she had interviewed Nisse Landgren (Lives in Skillinge) was in Cannes. She felt they bonded because of their mutual working-class background.
After a long walk around Långholmen we ate Tapas again. I watched young people gliding by on electric scooters (Sparkcyklar) with no helmets, too fast and with their empty heads so high above the ground mixed in with cycles, busses and pedestrians. Then they just dump them without a thought. Stockholm was also bespeckled with pitiful graffiti. I suppose if Socrates could complain about his generation’s youth then it is respectable for me to do so. 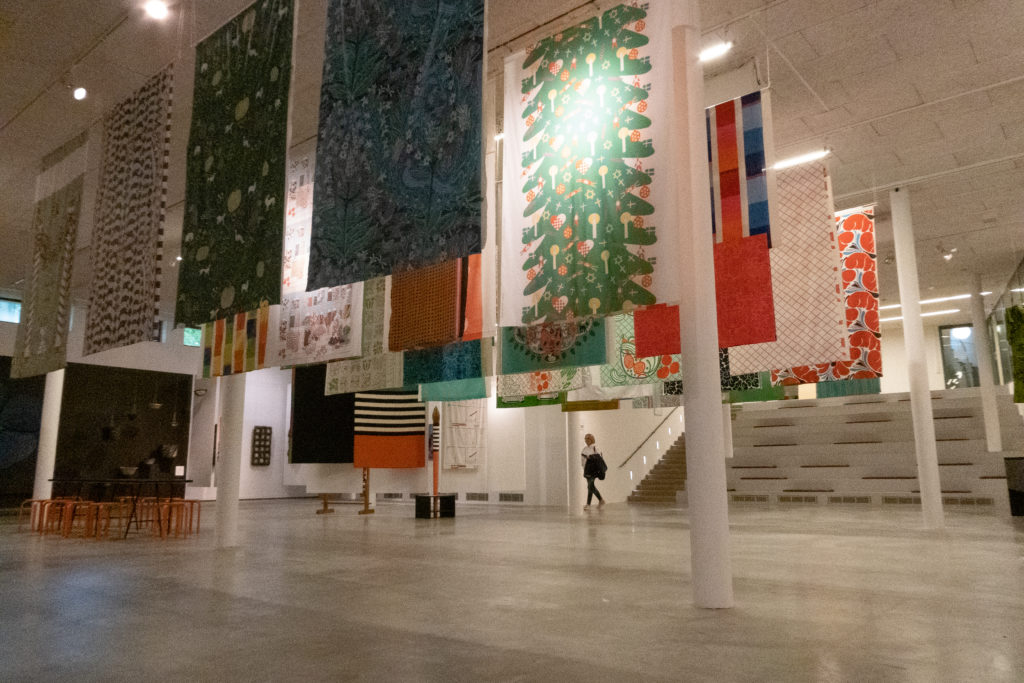 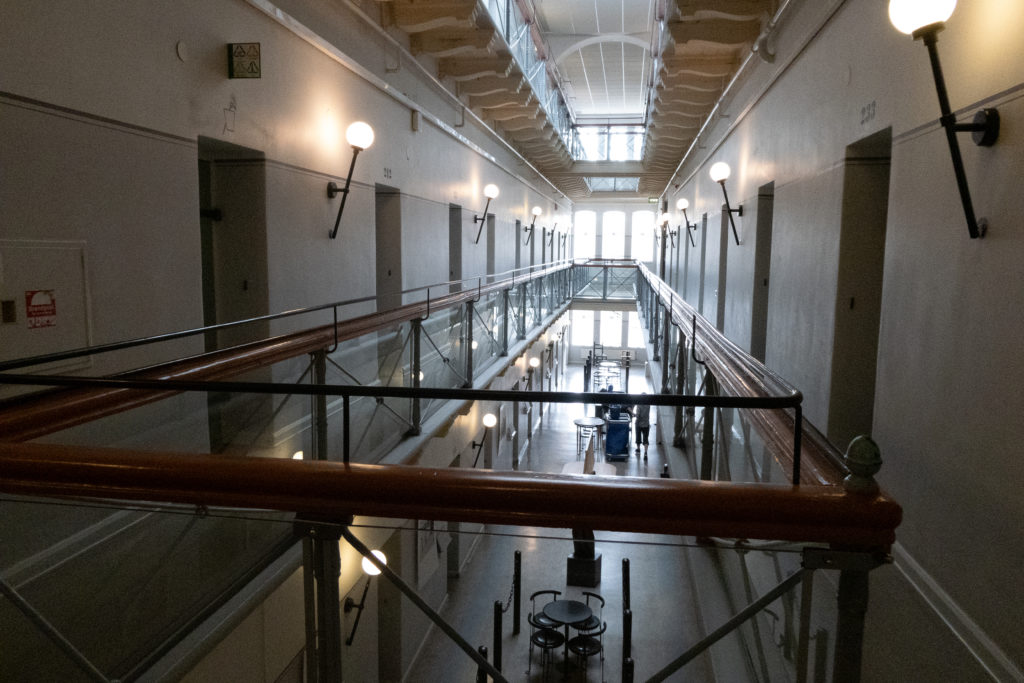 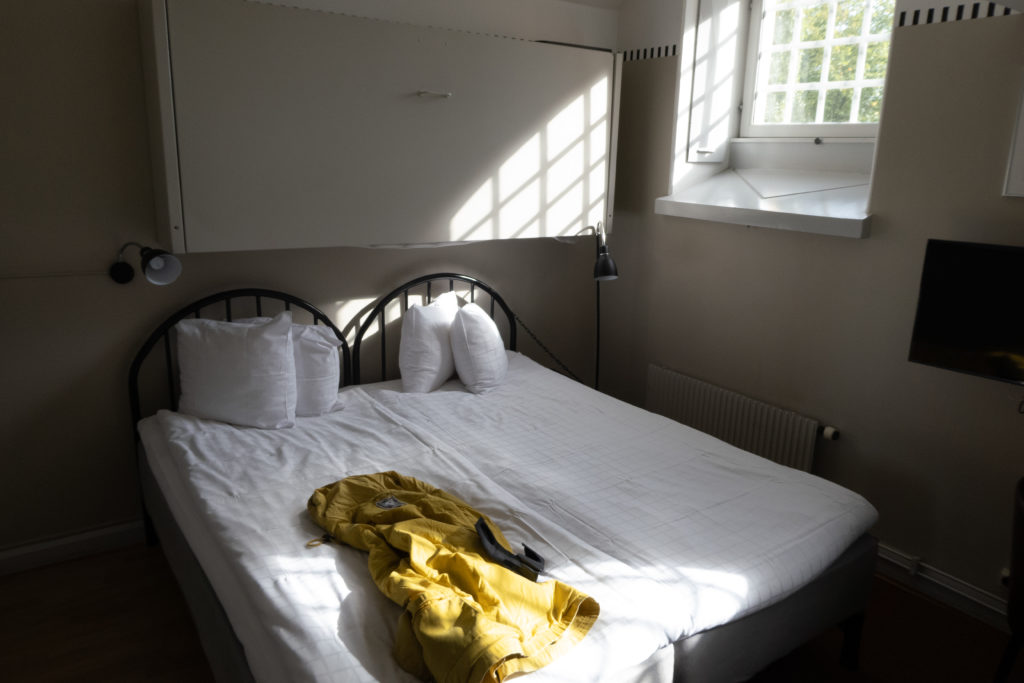 Thursday: We drove to Öland, Borgholm. On the way we found an amazing brick church near the village of Gladhammar. Lofty spires with ornate details and exquisite pointing between the bricks. The bridge over to the island is quite impressive and the quaint windmills by the side of the road up to Borgholm were quaint. Our hotel is renovated sixties style and we have a fine view of the sea. The nice lady in a bar where we took an afternoon beer explained they had enjoyed a busy summer with an unusually busy September as the grey hairs felt it was safe to come out now.
Dinner was in an almost deserted restaurant with a fine view of the sun going down. We overheard the conversation between two pairs of motorhome travellers. It was one pairs wedding anniversary. Over an Irish coffee they compared the facilities of the camping sites they had visited. 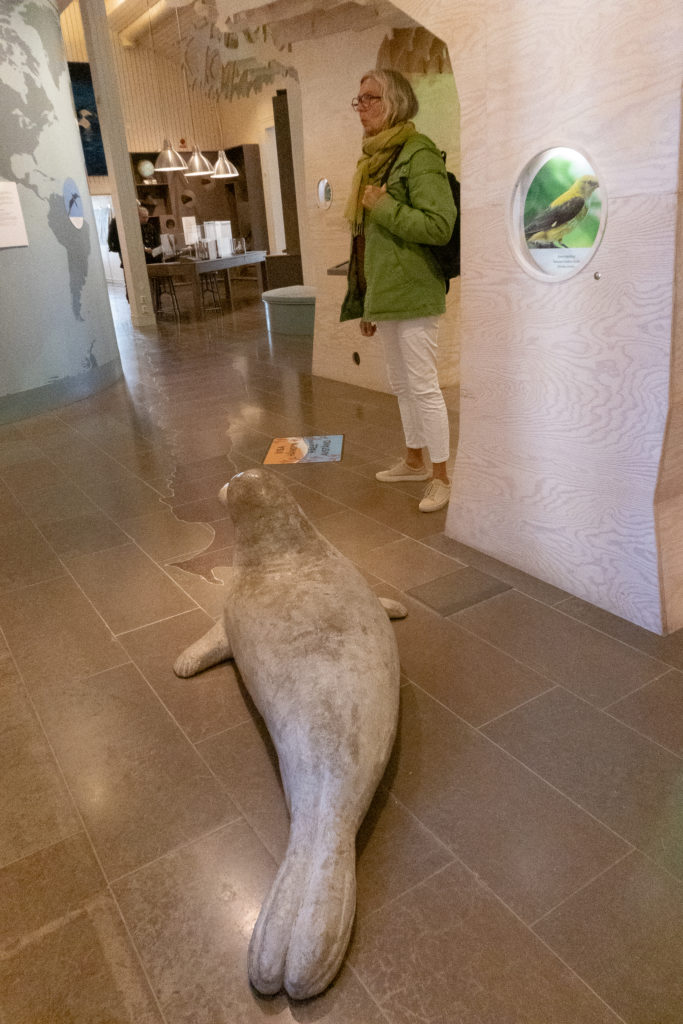 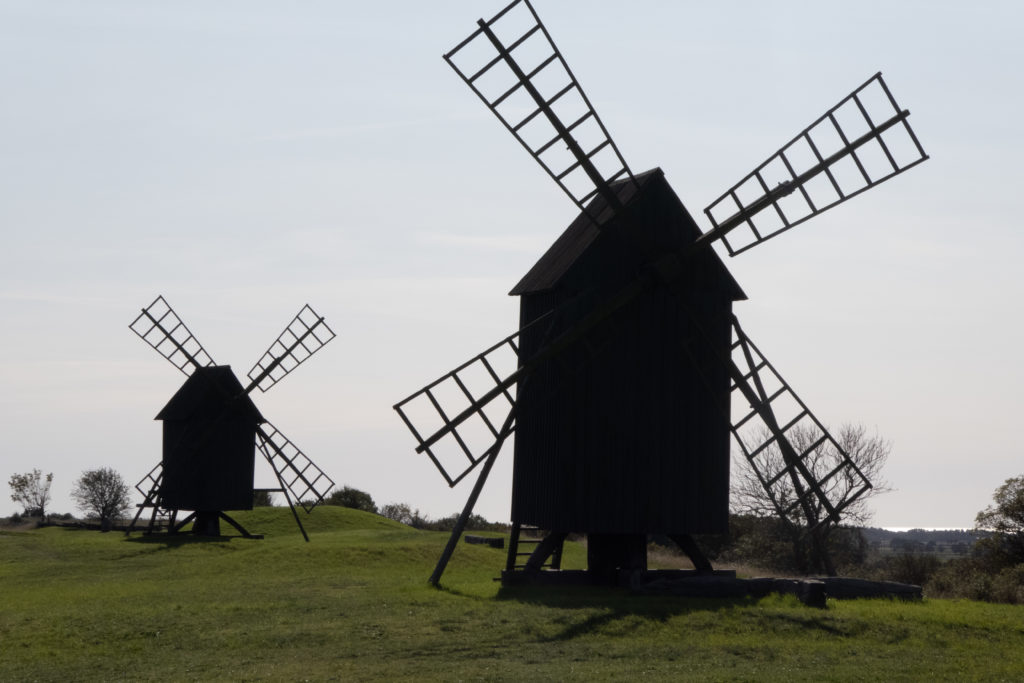 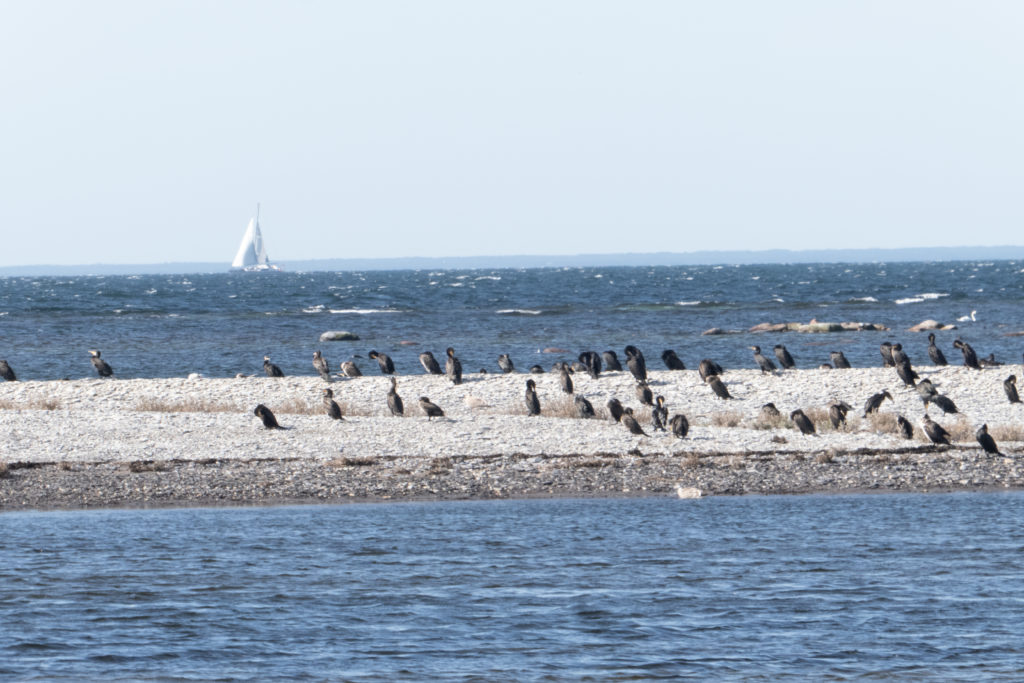 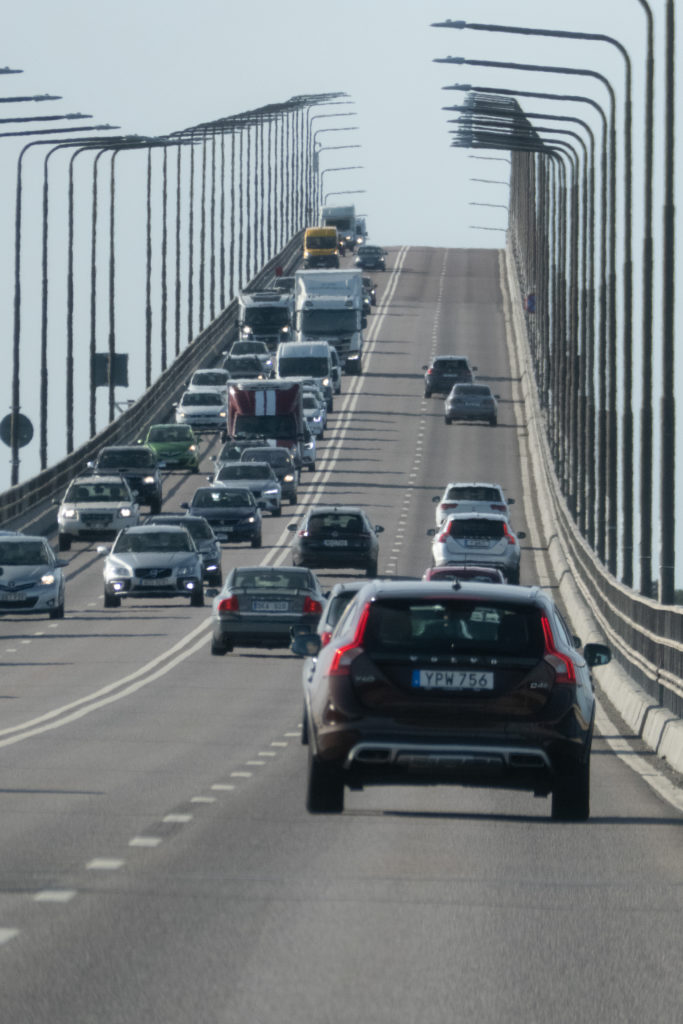 Friday: We drove north on Öland and stumbled upon a well know wool retailer. Anna bought wool to knit me a pullover. It will be her Autumn project. We then turned south along a scenic road through a flat landscape. On the right was scrubby land with stone walls and sheep. It was a national park. On the left was flat land the ran down to the sea mixed between scrub and cultivated. The villages were a mixture of small farms and dwellings. Each village had its impressive church and of course a few windmills. We arrived eventually at Ottenby bird sanctuary. We ate lunch in the open surrounded by people in green waterproof clothing and clutching tripods with long telescopes or cameras with ridiculous large lenses. Our lunch was interrupted by a warden that said soon they were going to show a Norwegian bird of prey that had recently arrived. We did not rush.
On the way back to the bridge over to the mainland we stopped in a handicraft school to look at their gardens. We had planned to stay a night in Kalmar but instead decided to drive home. Öland will see us again but perhaps at a more leisurely pace next time.
We arrived home at 19:30 tired after our 500 kilometre day.