Thursday: We flew from Copenhagen to London Stansted with my least favourite airline, Ryanair. The flight was OK but Border Control had a problem with Anna’s passport which caused a delay. We collected a hire car and drove to Stamford, an elegant sandstone town north of Peterborough. Lunch was calves’ liver and beer in the George Hotel. Attentive service and a beautiful old building set the ribbon high for the rest of the trip. After sightseeing, we drove south to Whittlesey, where I was born.

We had booked a room in the Falcon Inn. It had been the best pub in town in the 60’s and 70’s but now has fallen into the Fawlty Towers class. A grandfather with bad dental care greeted us in English which I did not understand. He knocked his grandson over accidentally on the way to find a card payment terminal. His other grandchild picked up the fallen boy and remonstrated with her clumsy grandfather. It was a chaotic coming.

We drove around the town and I pointed out where I was born and had lived. My mother’s grave stood in the parched grass of the cemetery which bore testimony to the recent extreme weather. My father’s ashes had been spread by my mother beside a pub outside of the town that had particular significance to them. We photographed the spot. Dinner was duck in a local Chinese which was excellent.

Friday: We slept well. Breakfast was classic English so we may not need to eat again today. We wandered around the town and bought flowers at the Butter Cross market which we laid on Margret Hannington’s grave. We talked with a lady who had a Harley-like electric wheelchair. She had lived in the same street at the same time as me. Using the car’s sat nav system we found Hannington Close which was named after my father.

We met Brian, my cousin, in an Italian cafe. We talked about old times but the conversation was hindered by our shared, perhaps genetic, inability to remember names. No not Alzheimer’s, just a problem remembering names. It was a laughter filled very pleasant hour or so.

After a walk around town dinner was in the Mandarin once again. We enjoyed superb fried seaweed, spring rolls, spareribs and prawns. We wandered over the road to the Black Bull. To our surprise, there was music from an Elvis impersonator. He was excellent and the packed pub rocked. A few guests could not keep their bodies still. One lady danced beside her static male companions. Three nice men struck up a conversation with us and one of them showed Anna pictures of Ely Cathedral he was helping to restore and another knew every Elvis song’s origins. It was a wild night.

Saturday: We drove to the Queen’s estate in Sandringham via March where I went to school. My old school building was still there. The Queen’s estate has wonderful gardens but the hot weather has taken its toll with brown parched lawns and droopy trees. The next stop was Hunstanton which is a working-class seaside town. The beach promenade was full of grossly overweight people consuming unnecessary fast-food calories. Whilst Stamford is England’s most beautiful town Hunstanton is not. The tide was in so there was only a narrow beach which was sparsely occupied. The shallow sea does not encourage bathers.

Our hotel is excellently placed in the centre by a green and we have a sea view. The room is fresh and comfortable. We asked the receptionist about the best fish and chips in the area. Henry’s was recommended but it failed to reach my expectations. The fish was dry and the chips soggy. The tide was now out leaving a large wet beach on which small groups took long sunset walks out to the waters edge.

Sunday: The hotel breakfast was good in the rather charmless dining room overlooking the seafront. We decided to take a trip to Wells Next Sea. On the way, we stopped at the Tichwell Marsh bird sanctuary. The salt marsh is home to a wide variety of birds who hid themselves from us. The sea end of the marsh is a huge sandy beach. The most interesting fauna were the bird watchers who were equipped with long camera lenses and monoculars. They came in pairs often dressed the same. The next stop was Brancaster Staithe where we saw two children playing in the mud and lots of boats lying in it. The tide was out. Wells is a more affluent area so the percentage of grossly overweight sank to a normal level. The houses were built in a combination of brick and round stones including most of the new builds.

Tonight we’ll dine at Chives and tomorrow it’s Cambridge. Dinner was good. Chives delivered an excellent Sunday classic of roast beef and Yorkshire pudding. We later watched the sun go down whilst sipping a nightcap in front of our hotel.

Monday: We drove first to Kings Lynn. It is a charming riverside and indeed port town. We walked down cobbled streets to the riverside. The tide was out so the fishing boats lay on the mud. The houses near the river had flood protection removal doors just like you see in Venice. A sign on the wall from the 2013 flood had a water level above knee height. The Church was partially closed as it tried to dry out after a flood a month ago. Then it was Ely Cathedral. Anna had been impressed by the man in the Black Bull’s description so she wanted to see for herself. It was very impressive with the highest vaulted gothic roof I have ever seen. Lunch was an excellent Fish and Chips in a nearby pub and then on to Cambridge.

Our hotel is quite comfortable and has ample parking. We rested for a while then walked into the old centre of the town. Famous name colleges, punting on the river and lots of tourists. We passed a grouping of Chinese restaurants and decided on Dim Sum for dinner and then an early night to bed.

Tuesday: We booked tickets for the King’s College Chapel. It was a very impressive building with high vaulted ceilings and stained-glass windows. Whilst we were there the fire alarm sounded and they asked us to wait outside until they could turn it off and check the building. The next stop was the Fitzwilliam Museum which had a David Hockney exhibition. Lunch was over the road at Loch Fyne. My smoked haddock and Anna’s linguine with prawns were excellent. We found the river and lay for a while in the shade of a tree. It was over 26 degrees today and humid. The long slow walks in the hot weather are taking their toll. This evening’s walk was shorter and a Cuban restaurant relatively near to the hotel was chosen which was good but expensive. A loud American girl sat near us. Why do they use “like” as almost every second word? We took a nightcap in a wine bar. I drank an excellent Lebanese red wine and Anna a Spanish white.

Wednesday: Our last full day in the UK. We took a bus into town and then a hop on hop off tourist bus. We saw everything and heard everything. Cambridge University has educated 80 Nobel prize winners, 13 British Prime ministers etc. etc. We took lunch by the river and watched professionals and amateurs punting on the Cam. One unfortunate man fell in, to his acute embarrassment. Later it was afternoon tea at the Hilton and then the bus back to the hotel.

We took the bus to the bus station and walked to Kings Street. Here they have an annual race where undergraduates must run the whole length of the street but stop at every pub and drink a pint of beer and are not allowed to pee. We found a Chinese restaurant full of Chinese which should have been a good omen but the food was just OK. The nightcap was in the wine bar. At midnight a boy racer turned his car over on its side across the street from us. Silent blue flashing lights lit up our bedroom. The car was gone when we awoke.

Thursday: The morning tv news said the M11 was blocked so we took the country roads, in heavy rain, to Stansted. Our flight was delayed by two hours. Late but happy we are now back in Skillinge. 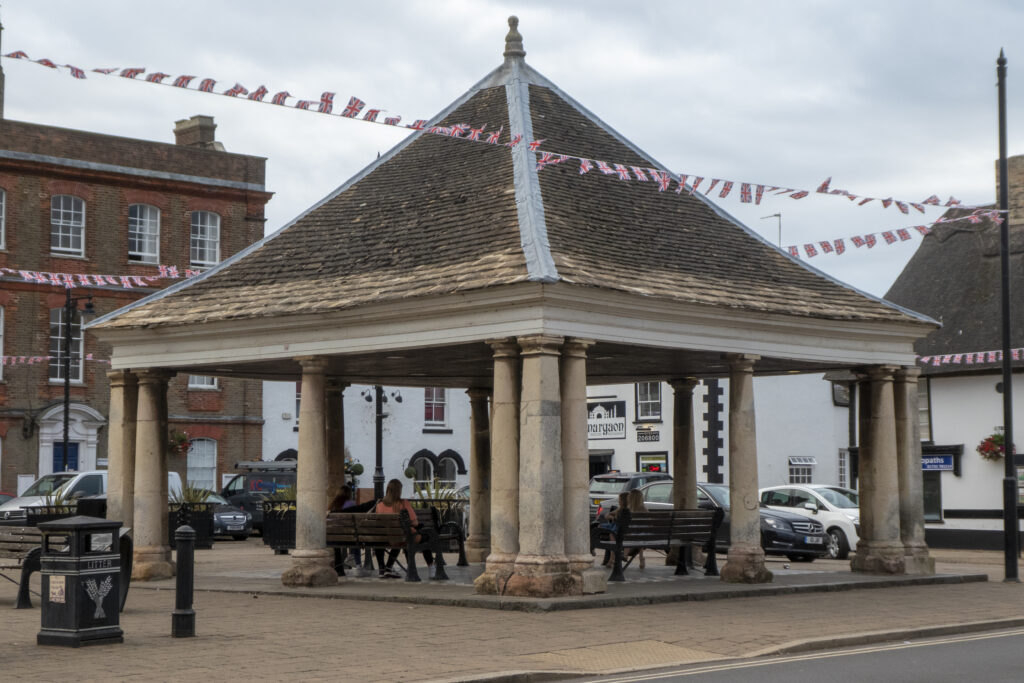